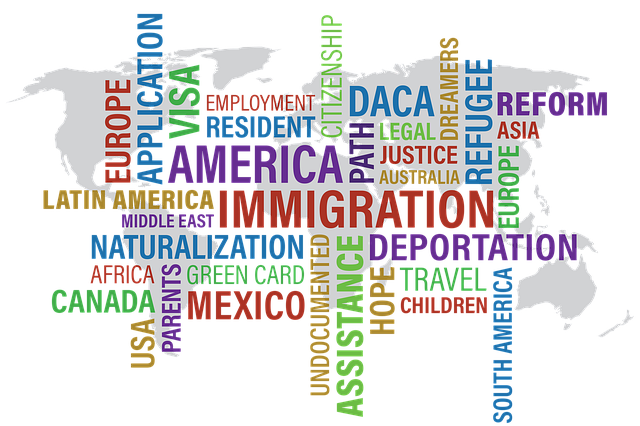 Immigration Attorney Portland. On Thursday, the United States Supreme Court officially rejected a bid by the Trump administration to end the Deferred Action for Childhood Arrivals, or DACA.  This program is designed to protect undocumented immigrants who were brought to the country as children, also know as Dreamers, and protects nearly 700 young individuals allowing them to work, study and remain in the US on a renewable permit . The  Chief Justice John G. Roberts wrote the 5 – 4 majority decision, in which he stated that President Trump and his administration had failed to provide any proper legal justification for putting an end to the program:

“The dispute before the court is not whether DHS (Department of Homeland Security) may rescind DACA. All parties agree that it may. The dispute is instead primarily about the procedure the agency followed in doing so. We address only whether the DHS complied with the procedural requirement that it provide a reasoned explanation for its action. Here the agency failed to consider the conspicuous issues of whether to retain forbearance and what if anything to do about the hardship to DACA recipients. That dual failure raises doubts about whether the agency appreciated the scope of its discretion or exercised that discretion in a reasonable manner”.

Quoting from briefs in the case, Roberts wrote, “Since 2012, DACA recipients have enrolled in degree programs, embarked on careers, started businesses, purchased homes, and even married and had children, all in reliance on the program. The consequences of the rescission, [advocates] emphasize, would ‘radiate outward’ to DACA recipients’ families, including their 200,000 U.S.-citizen children, to the schools where DACA recipients study and teach, and to the employers who have invested time and money in training them. In addition, DACA recipients from the lawful labor force may, they tell us, result in the loss of $215 billion in economic activity and an associated $60 billion in federal tax revenue over the next ten years.”

The DACA program was originally implemented by President Barack Obama back in the year 2012 after a congressional attempt at comprehensive immigration reform had failed. When Trump first entered office, his original attorney general, Jeff Sessions, advised his administration to put an end to the program by saying that it was illegal. However, this advice was something that many lower courts determined to be questionable, at most, as they felt that the DHS failed to properly weigh how ending DACA would affect those who relied on the program’s protections against being deported, as well as the ability to be able to legally work in the United States.

The ruling was another big loss for the Trump administration in the same week, as the Supreme Court also ruled that the federal Civil Rights Act of 1964 protected LGBTQ individuals from discrimination within workplace environments, something that Trump disagreed with, as the administration’s opinion was that it only applied to discrimination against men and women.

It is also similar to a ruling that was made during the court’s previous term in which Roberts and the liberal Justices blocked Trump and his administration from adding a controversial question regarding citizenship to the 2020 Census, citing that the administration failed to offer the exact reason as to why they required such information, as well as not following proper procedure.

California Attorney General Xavier Becerra (D), leading a coalition of 20 states and the District of Columbia  bringing the challenge, mentioned that ending DACA “would have been cruel to the hundreds of thousands of Dreamers who call America home, and it would have been bad for our nation’s health.”and that Congress should “permanently fix our broken immigration system and secure a pathway to citizenship.”

Obama also Tweeted: “Eight years ago this week, we protected young people who were raised as part of our American family from deportation. Today, I’m happy for them, their families, and all of us. We may look different and come from everywhere, but what makes us American are our shared ideals.”

In the meantime, upcoming decisions from the Supreme Court include the following:

Congress and a New York-based prosecutor.

*Multiple cases involving the separation of church and state.

*The court’s first reexamination of abortion rights since Trump’s first two nominees to the court were confirmed.

Immigration Attorney Texas/Portland. If you are a DACA recipient or are looking to benefit from or qualify for DACA we can help you. Contact us today for a free consultation.