General Instructions for Filling Out N-600K 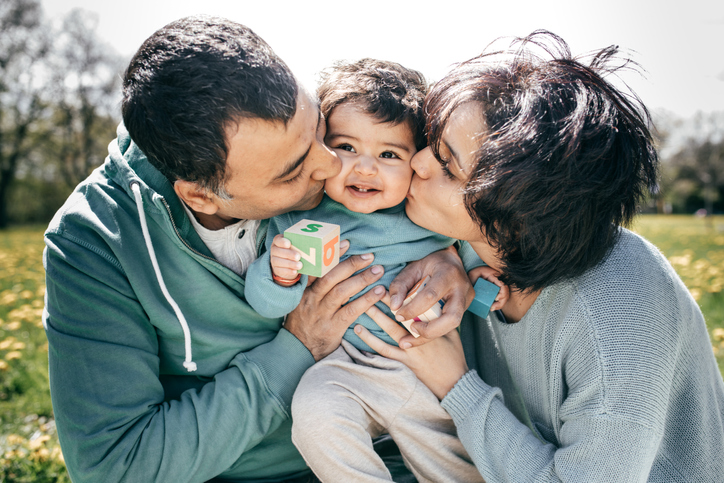 Generally defined, Form N-600K is an application that is filed by a parent who is a citizen of the United States whose child is one that qualifies for naturalization under Section 322 of the Immigration and Nationality Act, which is a section of federal law that addresses citizenship for those children who were not born in the United States, nor did they automatically obtain citizenship birth, yet they regularly reside outside of the country with either one or both parents who are citizens of the United States.

In terms of eligibility, this is established through parentage for those children who live outside of the United States, and in order to be eligible for citizenship under Section 322 of the Immigration and Nationality Act, the following requirements must be met:

*A child must have at least one parents who is a citizen of the United States either by birth or by naturalization.

*The parent must have spent five or more years in the United States physically, with at least two of those years being after the parent had reached the age of 14.

*If the parent is unable to meet the aforementioned requirement, a United States citizen grandparent of the child must meet the same requirement.

*The child themselves has not yet reached the age of 18.

*The child is currently residing outside the United States in the custody of their parent.

*The child is lawfully and temporarily present in the United States via a visa or green card and is currently maintaining lawful status.

Additionally, in the event that the birth parent passed away within the previous five years, Form N-600K can legally be submitted by either a grandparent or legal guardian on behalf of a child. This will not mean that the child will have to reside in the grandparent’s physical and legal custody.

When it comes to completing Form N-600K itself, the instructions for doing so are rather straightforward and simple. There are a total of 13 different steps to complete, which are as follows:

*Include the overall basis of the child’s eligibility for a Certificate of Citizenship, which is required to be completed, otherwise the application itself will be rejected.

*You will then be asked to include some basic biographical information about the child.

*The next step will be to include some basic biographical information in regards to the parent who is a citizen of the United States.

*The next step will not need to be completed unless the physical presence requirement itself is one that is being satisfied by a grandparent who is a citizen of the Untied States.

*You will then be asked to include information regarding your past physical presence in the United States in order to satisfy the five-year requirement.

*The next step will not need to be completed unless the parent has passed away and either a grandparent or legal guardian will be completing Form N-600K.

*The next step will be where you will advise the United States Citizenship and Immigration Services in terms of which specific field office you would like to attend an interview at.

*The next step will involve the child who is seeking to obtain United States citizenship needing to sign the form; however, if the child is under the age of 14, then a parent or legal guardian will be permitted to sign on their behalf.

*The next portion should only be filled out in the event that you have used an interpreter to help you with understanding the form. The interpreter themselves will sign this section.

*If you used the services of an experienced attorney, they will be the ones to sign the next part.

*The next step will include any additional information that you were unable to fit onto the main application itself.

*Parts 12 and 13 should both be intentionally left blank, as these will both be completed at a later time.

Once you have finished filling out the form, you will then need to make note of the following tips:

*Take the time to arrange any and all supporting documentation in the same order as requested in the form that came with the N-600K instruction packet.

*Ensure that all filing fees are paid either by credit card, check, or money order. Cash will not be accepted. Prior to paying, make sure that you visit the official USCIS website, as the fee amounts are subject to change.

*Once your application has been completed, send the package itself to the USCIS lockbox that is listed on the official USCIS website; however, prior to filing the application, take the time to double check the address, as filing locations themselves can often change.