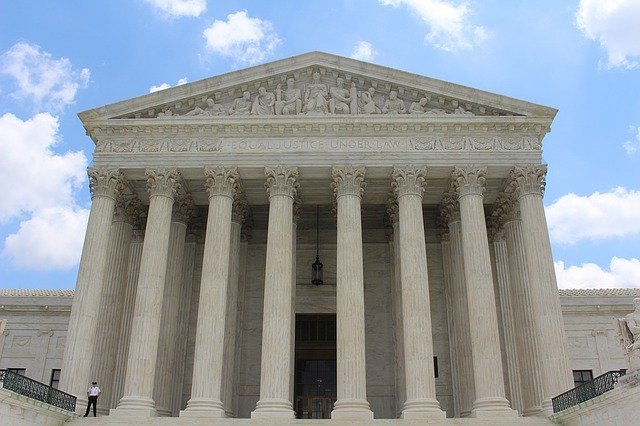 Despite rulings from lower courts that the policy is more than likely illegal in nature, the United States Supreme Court has ruled that the Trump administration will be allowed to continue to enforce a policy that mandates asylum seekers wait in Mexico for U.S. court hearings.

The “Remain in Mexico” policy will remain in effect while a lawsuit currently challenging it goes through the courts, which will likely last at least through the end of President Donald Trump’s current term in January 2021.

The order from the justices overturns a lower court order that would have otherwise blocked the “Remain in Mexico” policy for those arriving at border crossings in the states of California and Arizona, which was scheduled to take effect in just days. Justice Sonia Sotomayor dissented.

The Trump administration is now expected to file a formal appeal with the Supreme Court; however, it’s expected that the justices will not consider such an appeal until the fall, and in the event the case is granted a full review, arguments likely would not be held until early 2021.

This latest ruling is one of many of the justices siding with President Trump in order to permit his immigration policies to continue after lower courts had issued rulings to stop them. Other similar cases included the controversial travel ban from majority Muslim countries, construction of the border wall, and the “wealth test” for those who were seeking to obtain green cards.

According to the Ninth U.S. Circuit Court of Appeals in San Francisco, the “Remain in Mexico” policy, which is officially known as “Migrant Protection Protocols,” is more than likely illegal under current United States law in order to prevent sending individuals to countries where either their freedom or lives would otherwise be threatened because of their religion, nationality, political beliefs, race, or membership in a specific social group. As a result, over 60,000 migrants have been forced to wait in many of Mexico’s most dangerous cities while their cases move through busy United States immigration courts since the policy was officially introduced back in January of 2019.

An attorney with the American Civil Liberties Union had the following to say in regards to this:

“The court of appeals unequivocally declared this policy to be illegal. The Supreme Court should as well. Asylum seekers face grave danger and irreversible harm every day this depraved policy remains in effect.”

While the United States Justice Department praised the Supreme Court’s order as restoring “the government’s ability to manage the Southwest border and to work cooperatively with the Mexican government to address illegal immigration,” human rights groups maintain that the policy leaves migrants open to the possibility of criminal groups targeting them for rape, torture, kidnapping, and more.

The group Human Rights First state that they found more than 1,000 public reports of torture, rape, assaults, and kidnappings of asylum seekers who were returned to Mexico. Furthermore, in the span of one month in 2019, three-fourths of asylum seekers who were seen by physicians working for Doctors Without Borders in the city of Nuevo Laredo had reported that they were kidnapped for ransom.

If you have any legal needs related to immigration, or help from an immigration attorney please feel free to contact us.