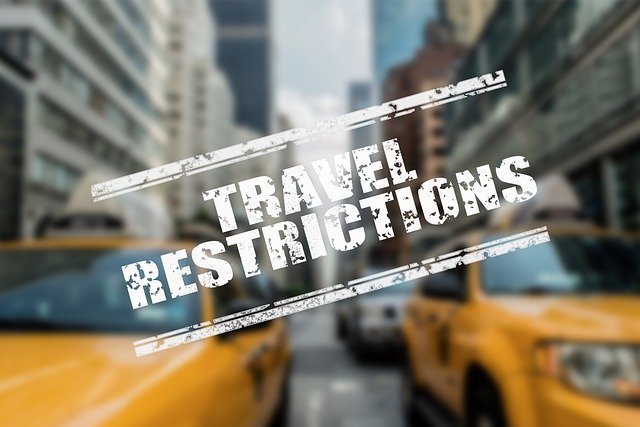 The Trump administration has officially extended travel restrictions between the United States and Mexico due to the ongoing COVID-19 pandemic and increasing cases resulting from the virus.

Border officials, however, state that this move will only add to the negative financial impact experienced by the regional economy since both travelers and money are being blocked from crossing the border.

The Acting Department of Homeland Security Secretary initially announced back in March that travel between the two countries would be restricted to only essential individuals as a way to help limit the spread of COVID-19, with restrictions excluding commercial trade with Mexico, as this provides approximately 1 million jobs to the state of Texas, according to information released by the office of Governor Greg Abbott.

While the current policy from the administration affects “individuals traveling for tourism purposes like sightseeing, recreation, gambling, or attending cultural events,” it doesn’t apply to United States citizens. The same restrictions, however, are being imposed on the northern border. These restrictions were set to expire next week; however, it has been announced that they will be expended until July 21. A lack of visitors from Mexico is something that is likely expected to add to the multimillion-dollar losses that border counties have already previously experienced after seeing revenue from various bridge tolls decline at a steady pace during the ongoing COVID-19 pandemic.

The Texas Border Coalition, which is a group of elected officials and business/community leaders from the Texas-Mexico border, urged the restrictions to be lifted as both governments have allowed businesses to reopen. Below is what the group’s chairman had to say in regards to this:

“As the United States and state governments work toward easing stay-at-home restrictions, foreign travel suspensions limiting entry to the U.S. have not seen a similar easing. We must protect minority-owned small businesses, cross border trade, and the influence of daily travelers between our countries who invest in binational commerce through the goods and services they acquire.”

The Trump administration has also previously announced that it is again postponing hearing throughout the United States for any and all asylum seekers under the Migrant Protection Protocols program, which is also being commonly referred to as the “Remain in Mexico” policy. This policy requires many asylum seekers, especially those coming from Cuba and Central America, wait in Mexico until their hearing dates take place in the United States.

According to Homeland Security officials, they will begin revisiting the issue in August in order to determine whether or not courts will be able to reopen and operate according to federal guidelines. Officials had the following to say as part of a written statement:

“When conditions are deemed safe, the Departments will provide notice 15 days prior to resumption with additional, location-specific information.”

Since the launch of the Migrant Protection Protocols program back in late 2018, more than 60,000 asylum seekers are reported to have been sent back to Mexico, which includes more than 20,000 in the area of El Paso – Ciudad Juarez.

If you have any legal needs related to immigration, or help from an immigration attorney please feel free to contact us.